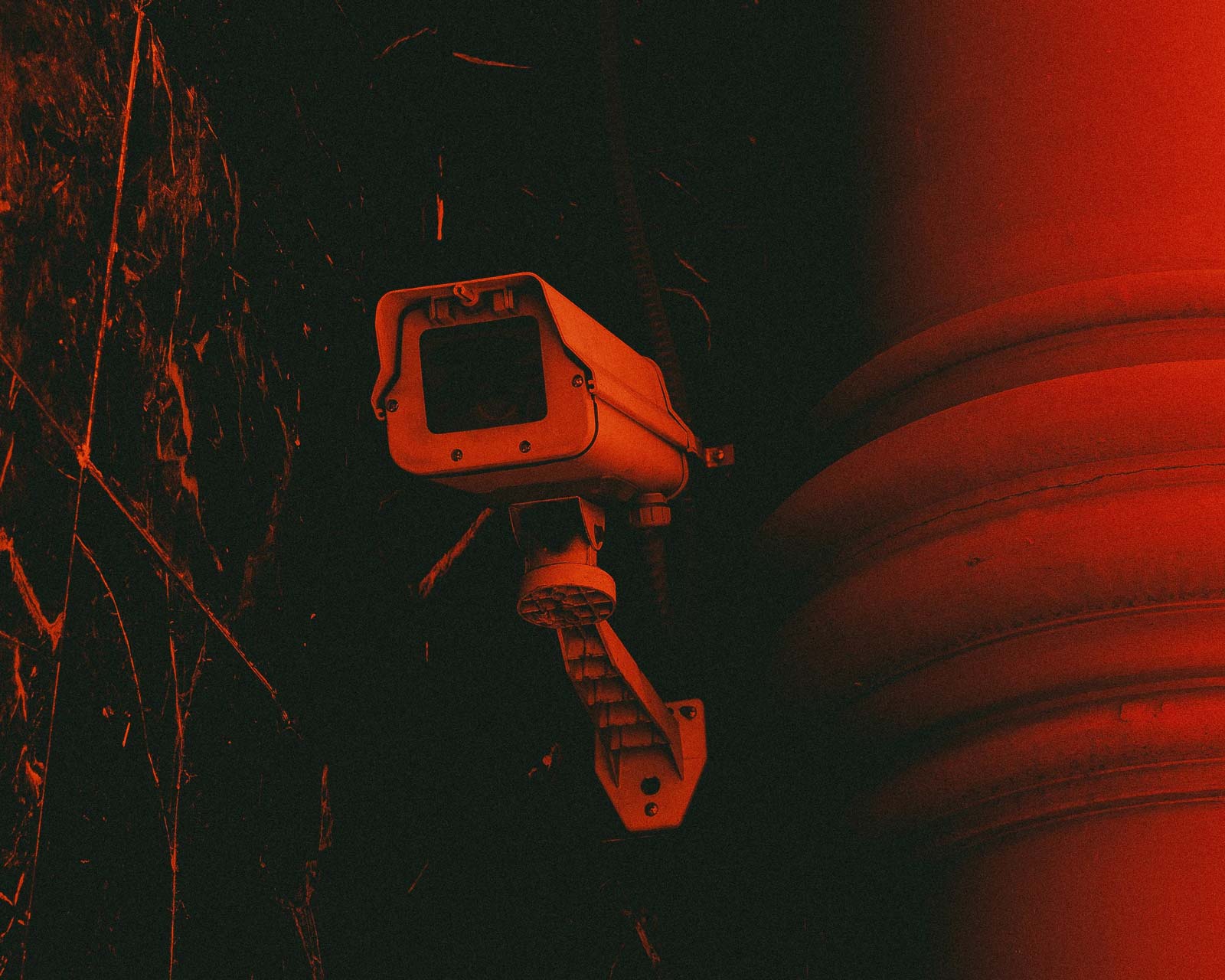 Upcoming Changes to Rights in the UK

This year, amidst the global pandemic and national lockdowns, there have been significant and sweeping changes to the legislative framework of the UK. Coronavirus legislation massively altered the way millions of people experience their day-to-day lives, with the most draconian emergency powers the UK has ever seen.

However, alongside this, several other legislative changes are being proposed. The wide-ranging and controversial Policing, Crime, Sentencing and Courts Bill, if passed, could introduce drastic changes to protesting rights, Traveller and Gypsy rights, and stop and search powers.  ‘

Elsewhere, details have been released on the government’s trialling of new surveillance technology, which would log and store the web browsing history of UK citizens if rolled out nationally.

Alongside this, there has been an ongoing independent review of the Human Rights Act (HRA). This review examines the relationship between domestic courts and the European Court of Human Rights and how the HRA impacts the UK courts, executive and parliament.

These three issues have garnered significant concerns from civil liberties and surveillance groups and charities such as Amnesty International, Liberty, Big Brother Watch and Open Rights Group. But, what are these changes all about, and how will they affect civil liberties and human rights?

Currently, as the law stands, peaceful protest is a human right protected under Article 21 of the International Covenant on Civil and Political Rights (ICCPR), and the UK’s Human Rights

Act 1998 (HRA), which replicates Article 11 of the European Convention on Human Rights (ECHR).

The policing of protests is carried out under the Public Order Act (POA), whereby, if a protester is perceived to have committed a breach of the peace, they can be arrested. Presently, individuals are under no requirement by law to notify the police of the organisation of a protest.

That said, these protest rights are not absolute. They are instead treated as qualified rights. This means that restrictions can be imposed on protests if they are believed to be “proportionate” and “in the public interest”.

Of course, significant changes to protesting laws were introduced during the pandemic under this justification. The Coronavirus Act afforded the government emergency powers, which, in part, outlined that protests were not a “reasonable excuse” to leave the house.

However, even after these changes, if the police asked protesters to disperse and members of the group did not comply, they could face a fine or arrest.

While these measures were extensive, they were intended to be temporary. Now, the expansive Policing, Crime, Sentencing and Courts Bill and its proposals could radically change citizen’s rights for the long term. First introduced back in March 2021, the Bill targets protesting rights and many other areas.

One of the most significant parts of the Policing Bill focuses on public order. In Part 3, Chapter 4 of the Bill, clauses 54-55 and 60 subsection 2 extend current police powers. If passed, it would allow a police officer to impose significant restrictions on protests if the “noise generated by persons taking part” may result in “serious disruption to the activities of an organisation which are carried out in the vicinity”. For static assemblies and marches, this kind of intervention would be permitted if noise “may have a relevant impact on persons in the vicinity” and “that impact is significant”.

Meanwhile, subsection 4 would enable Priti Patel, Secretary of State, to personally outline what constitutes “serious disruption”. Additionally, Clause 59 of the Bill would abolish the common law offence of public nuisance and make it a statutory offence.

The Bill, if passed, would also amend Section 12 and 14 of the POA. This amendment would criminalise an individual for breaching a police imposed condition where they “ought to have known” about the imposed condition.

Further restrictions would also be imposed on the places where protests can take place. This is included within clause 57, which amends Part 3 of the Police Reform and Social Responsibility Act 2011. Now added to the list are Canon Row, Parliament Street, Derby Gate, and Parliament Square.

Elsewhere, under the Bill, criminal sanctions for an organiser who breaches police-imposed conditions would increase from a maximum of three months to eleven. Similarly, fines for both organisers and attendees would increase from level three to level four. Meanwhile, the maximum penalty for criminal damage would increase to ten years under clause 46 as an amendment to the Magistrates’ Courts Act 1980.

The Policing Bill would introduce significant changes to trespass laws. Presently, trespassing is a civil law offence, and police are not responsible for enforcing civil law, nor do they have the powers to do so. However, clause 61 of the Bill would make trespassing a criminal offence.

In this amendment to Part 5 of the Criminal Justice and Public Order Act, those found to commit an offence would be prevented from returning to the site for 12 months. Additionally, offenders could also be hit with a fine of up to £2,500 and up to three months in jail. Police would also have the power to seize the offender’s vehicle.

The powers afforded to police under this SVRO are considerable. Individuals with this civil order could be stopped and searched without “reasonable suspicion” based purely on their previous conviction. This is, of course, at odds with the code of practice for statutory powers of stop and search, PACE Code A.

The length of these orders could range from between six months and two years and could potentially be renewed indefinitely. Currently, the time period for suspicionless stop and search under the Criminal Justice and Public Order Act is 24 hours.

Alongside the bolstering of police powers, the UK government is also trialling a new data surveillance tool.

This trialling has been permitted under the controversial Investigatory Powers Act, otherwise known as the Snoopers’ Charter. The Act was introduced back in 2016 and called “the most extreme surveillance in the history of western democracy” by whistleblower Edward Snowden.

Under the Act, the Home Office can call for internet service providers (ISPs) to collect and retain Internet Connection Records (“ICRs”). ICRs show an individual’s metadata, displaying everything from what site a user has visited, the device they accessed it from, how long they stayed on that site, and the user’s IP address. With permission from a senior judge, ISPs can be compelled to retain this data for up to twelve months. The first ICR order was made in July 2019, followed by a second in October 2019.

Back in March 2021, Wired broke the story that the Home Office, the National Crime Agency (NCA), and two unnamed ISPs, are trialling the gathering of ICRs. It has also been reported that there is a view to roll out this tool nationally.

Due to the secretive nature of IPA, few details about the trial have been disclosed, and the Home Office has stated that the trial is “small scale”.

Commenting on the NCA’s involvement, a spokesperson told the BBC: “We are supporting the Home Office sponsored trial of Internet Connection Record capability to determine the technical, operational, legal and policy considerations associated with delivery of this capability”.

Overarching both the Policing Bill and the potential national rollout of a new data surveillance tool is the Independent Human Rights Act Review (IHRAR), launched in December 2020.

In an article for the Daily Telegraph, explaining why the review was going ahead, Robert Buckland, the lord chancellor, said the HRA was “not infallible”. Further to this, he stated it was time “to take a fresh look at the Human Rights Act, see how its provisions are operating and consider whether the framework could be improved”.

The Conservative party have long supported reforms to the HRA that would increase parliamentary sovereignty and “break the formal link” between the British courts and the European Court of Human Rights.

Led by retired Court of Appeal judge Sir Peter Gross, the IHRAR launched a call for evidence on 3 January 2021. Closing on the 3 March 2021, it asked respondents to assess two main themes:

Some have voiced concerns that the review is an indication that the Conservatives will finally make good on their pledge to “update” the HRA, “curtailing” the judicial protection of rights in the process. In a letter to MP Harriet Harman, the Lord Chancellor made clear the government’s intentions when he reinstated the government’s “commitment” to “updating” the HRA.

Human rights and civil liberties groups have outlined that each of the above issues pose a significant threat to the rights of citizens.

Liberty stated that the Policing Bill risks “stifling dissent,” as well as “criminalising Gypsy and Traveller communities”, and “subjecting marginalised communities to profiling and even more disproportionate policing”.

Expanding on this, Gracie Bradley, Liberty Director, said that parts of the Bill would “facilitate discrimination” and “undermine protest” which she said is the “lifeblood” of a healthy democracy.

Kate Allen, Director of Amnesty International UK, agreed. She said that the Bill is so “broad in scope” that it’s a threat to everyone. She added: “Threatening the rights to peaceful protest is only one alarming area of new policing powers, others relate to stop and search or restricting the rights to roam will only further entrench racism and discrimination within the criminal justice system”.

Meanwhile, Friends, Families and Travellers figures show that police are wary about expanding powers around policing encampments. The numbers from the government’s 2018 consultation revealed that 75% of the police consulted believed that their current powers around unauthorised encampments were sufficient. The majority (84%) of officers did not support the criminalisation of unauthorised encampments, with 65% naming lack of site provision as the main problem.

Elsewhere, speaking about rights risks associated with the undercover surveillance tool trials, Heather Burns, police manager of Open Rights Group told Wired: “We should have the right to not have every single click of what we do online hoovered up into a surveillance net on the assumption that there might be criminal activity taking place”.

It added that no changes should be made to Section 2 of the Human Rights Act, which outlines the relationship between domestic and Strasbourg case law. It also said that Sections 3 and 4 should remain unchanged. These sections cover how legislation should be interpreted in alignment with the ECHR.

Liberty echoed the same sentiments, stating that the IHRAR panel should: “Affirm the importance of the Human Rights Act in its current form”. This, it called a “necessary step towards strengthening our human rights frameworks and making access to justice a practical reality across the UK”.

While none of these three issues are yet cemented, their impacts are undeniably clear and potentially transformative.

The Public Bill Committee first sitting for the Policing Bill is expected to occur on Tuesday, 18 May, while the IHRAR will report back on its findings in Summer 2021. Furthermore, although citizens have little control over the trialling of the new data surveillance tool, the Investigatory Powers Act is scheduled for review in 2022.